I love to read in social spaces and what better combination than a book, a coffee, and a sweet treat? Balzac’s is my favourite coffee house in Canada; each location, chosen for its historic significance, reflects the neighbourhood in which it is located. From the first store opened in 1996 in the culture-rich city of Stratford to the more modern UP Express (Union Pearson) a stone’s throw away from Toronto’s Union Station.

I know you all think that I’ve gone off on a tangent. Perhaps you’re wondering what this has to do with BooknBrunch.

It wasn’t until I left Canada that I discovered that Diana Olsen, President and Founder of Balzac’s, named it after Honoré de Balzac, the celebrated 19th Century French novelist and coffee aficionado whose writing was apparently fueled by copious shots of strong, black coffee.

18 months of study in French Literature and life in France, left a mark on Diana. Returning to Canada she developed an ambition to bring the sophisticated Parisian café culture home with her. Her desire was nothing less than the celebration of the coffee bean.

I for one, am so grateful that she realized that dream.

In the words of Monsieur Balzac:

“Coffee is a great power in my life. It chases away sleep, and it gives us the capacity to engage a little longer in the exercise of our intellects”

– The Pleasures and Pains of Coffee 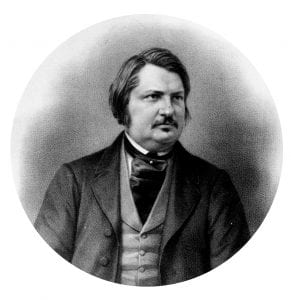 So why not grab your book bag and head on down to one of their cafés.  What’s better than a delicious cup of coffee and some intellectual stimulation?

A Partnership With Margaret Atwood

Strengthening the literary connection even further, and if you’re still in need of a reason to visit, Balzac’s have partnered with the award-winning writer Margaret Atwood to introduce the Atwood Blend.

Atwood is an incredible writing talent as well as an avid bird lover. Her commitment to the environment and avian ecosystems and the Atwood Blend partnership aims to raise funds and awareness of Canada’s Pelee Island Bird Observatory (PIBO). 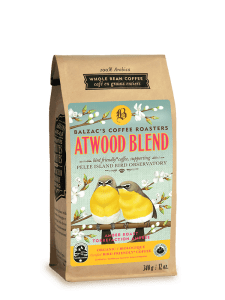 If you haven’t tried one of their cafés I suggest that you sweep up a new book from our Brookstore, head down there and absorb the amazing atmosphere whilst sipping on the most delicious cup of coffee.

In Conversation With Michelle Obama

I Wanna Be Where You Are by Kristina Forest (272 pages)