I don’t know about you, but for me, 2019 was a YEAR. From endless political drama south (and north) of the border, to a 16-year-old climate change disruptor who was named Person of the Year,  to the Toronto Raptors taking home the NBA championship (and shutting down the streets of Toronto), 2019 provided plenty of “What a time to be alive!” moments for me.

In fact, this was the year my library reading list hit 500 (admittedly, that number is due in part to weekly visits with my five-year-old… Yes, I am *that* mom). And while some of these might not end up on other Top Picks lists for 2019, these are the ones that challenged the status quo, re-imagined the future, and made me feel all the feels. 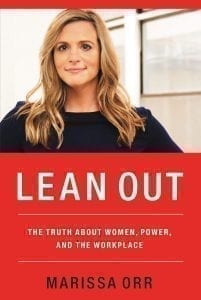 They say that motherhood is the scariest hood you’ll ever go through… trying to juggle that with a full-time career? Yeesh. For me, this book was a revelation. Having struggled with my own career growth while balancing mom guilt, this was a game-changer. Written by someone who experienced the truth behind women, power, and the workplace at both Google and Facebook, it’s refreshing, candid, and based on both the personal experience of the writer (who doesn’t pull any punches) and research.

Anyone who works in a corporate environment – whether male or female, childless or parent. Orr explores how this broken system created in the industrial era (a time when men and their interests reigned supreme) is forcing many women into a cutthroat, win-at-all-costs game they aren’t even interested in playing. It’s refreshing when a book can validate your instinct that you’re not the one who’s broken – it’s the system that is. Down with the patriarchy!

At times laugh out loud funny and others heartbreaking, The Bucket List follows 25-year-old quick-witted Lacey Whitman, who is blindsided when she’s diagnosed with the BRCA1 gene mutation: the “breast cancer” gene. Her high hereditary risk forces a decision: increased surveillance or the more radical step of a preventative double mastectomy. To help her make her choice, she and her friends create a “boob bucket list”: everything she wants to do with and for her boobs before a possible surgery. This kicks off a year of sensual exploration and sexual entertainment.

Smart, sassy, and a little badass-y, this book is for women of any age. Younger women will appreciate (and possibly relate) to Lacey and the challenge of juggling a budding career with a life-altering diagnosis, and mature women might see themselves in Lacey and be inspired to reassess their own bucket list. You do you, Carol! 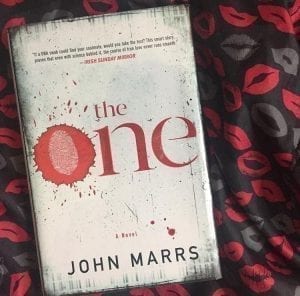 I’ve always been a lover of dystopian fiction, so when I saw this one in my Instagram feed I was intrigued. According to the book’s summary, through a simple DNA test, you can be 100% “matched” with the one and only person you’re destined to fall in love with. But the discovery has its downsides: Test results have led to the breakup of countless relationships and upended the traditional ideas of dating, romance, and love. A word-of-mouth hit in the United Kingdom, The One is a quickly paced page-tuner that focuses on five very different people’s quests to find their Match – and the dire consequences that follow.

If you’re looking for a quick, yet engrossing, thriller, The One is… well, the one. Its refreshingly short chapters (2 ½ – 3 pages) offer a fast and engaging style, while the myriad of twists will keep you reading way past your bedtime.

A book almost 35 years in the making… One I had on my reading wish list for a year and a half… So insistent was I on being one of the first to read it, I put all formats of acclaimed author Margaret Atwood’s highly anticipated sequel to The Handmaid’s Tale on hold at my local library. When my email pinged with its arrival, I hightailed it over that night to pick up my copy and then dove right in.

The Testaments picks up more than 15 years after Offred stepped into the unknown (literally into a van that had arrived to whisk her away – whether to good or bad, we could never be sure), with the explosive testaments of three female narrators from Gilead. There’s Agnes Jemima, who was born under and still lives in the regime; Nicole, who lives with her foster parents in Canada; and the infamous Aunt Lydia, a founder and upholder of this new world order.

Definitely fans of The Handmaid’s Tale, whether it’s of the original novel or TV series. While I wanted to know what happened to Offred, it was Aunt Lydia’s story that captivated me most. So much so that after finishing the book I re-read only her entries. I won’t spoil it for you, but I will say this sequel might incite some understanding of  the now-senior Aunt Lydia, and the unthinkable acts imposed upon her to join the new world order that is (thankfully) finally falling apart. Praise be to Margaret Atwood!

I originally had this on my holds list, then removed it, then added it… Can you see the pattern? Maybe all the domestic thrillers and dystopian fiction I had ingested over the past year had reduced my heart by three sizes, but after listening to a podcast featuring the author, I relented and decided I’d pick it up after all. I’m so glad I did! If there is one book you need to read, it’s this one. I won’t say much, except that it will make you laugh, cry, and believe in the transformative power of love.

Anyone who enjoys heartbreakingly beautiful writing and a good cry. Seriously, this one is a game-changer. But instead of highlighting how, I’ll let Albom himself sum it up in his own words: “But no matter how a family comes together, and no matter how it comes apart, this is true and will always be true: you cannot lose a child. And we did not lose a child. We were given one. And she was glorious.”

Dammit, pass me the Kleenex!

While it was her smash hit novel Daisy Jones and the Six that made all the must-read lists this year, it’s this novel by Taylor Jenkins Reid that knocked it out of the park for me. Seven Husbands is about Monique, a recently divorced writer who has been hand-picked to write an exclusive cover story about Hollywood legend, Vivian Hugo. Upon meeting the aging movie icon, Vivian shares she’s not interested in a magazine cover story; she’s specifically enlisted Monique to write her tell-all biography… and tell-all she does.

Anyone who loves a bit of celebrity gossip and Old Hollywood charm – even though this story explores the darker side of the era. It shares the struggles that marginalized communities experienced during this time, and how they were manipulated into keeping dangerous – and sometimes even deadly – secrets. I actually thought this one should have received the hype Daisy did, dahling.

I’m not trying to be a Debbie Downer (cue wah wah music) but I don’t know how 2020 is going to do it. As far as books went, this year seemed to have it all – and never in short supply. Although I have added a few titles to my must-read list, such as Separation Anxiety by Laura Zigman and The Other Mrs. by Mary Kubica, there aren’t really any standouts at the time of this writing. Maybe it’s because I’m still revelling in all the literary offerings this year had to offer?

But like any good thriller, I’m hoping a few authors will prove me wrong… and that my vision for 2020 will come to fruition, with more books that are able to blow my mind and touch my heart.

Looking for books to add to your 2020 reading list? See what we have featured in our Brookstore!

Favourite book: To Kill A Mockingbird by Harper Lee

Favourite brunch spot: Anywhere I don’t have to cook.

Another Golden Year for Young Adult Fiction: Top 10 YA Novels of 2019