In the Neighborhood of True by Susan Kaplan Carlton (320 pages)

In the Neighborhood of True by Susan Kaplan Carlton (320 pages)

It’s 1958 and Ruth Robb just moved from New York City to Atlanta. To fit in, she hides her Jewish faith from her new friends and boyfriend, Davis. Ruth strives to acclimate to her new environment, but her mother doesn’t want her to lose touch with her upbringing. So, she makes Ruth a deal: Ruth can attend pre-debutante meetings with her friends as long as she also goes to the local synagogue. There she meets Max, a college boy who’s fighting for social justice. Suddenly Ruth’s caught between two worlds, two religions, and even two boys. Then something terrible happens, throwing her two worlds into conflict. 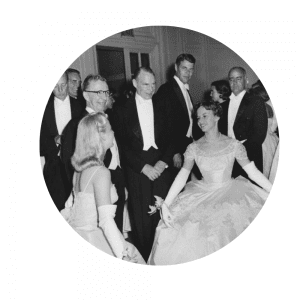 Speaking Up and Standing Out in the South

As Ruth tries to strike a balance between her past and present selves, I enjoyed that she has a clear appreciation for both worlds. She’s a Jewish New Yorker, but now she’s also a pre-deb attending a Christian school in the South. Yet she sees the cracks in both New York City and Atlanta, and recognizes that racism in the South goes deeper than she’s accustomed to. Also, Ruth isn’t at all shy, which I didn’t anticipate but really enjoyed! She wants to fit in with her new Southern Belle friends, but she still speaks up in their presence, which is refreshing to read.

This novel tackles tough topics, including identity and racism in the South during the Civil Rights Movement, but Carlton writes with a careful hand (and after lots of research, according to the author’s note). The story feels honest to the time while also managing to be relevant to today. There’s a line in the second half of the novel that exemplifies how times change yet stay the same. Max and Ruth are in his car, and as he turns on the radio, he says, “Let’s hear what terrible thing happened today.”

In the Neighborhood of True is a moving story about a Jewish teenager in 1958 Atlanta. Ruth keeps a foot in both worlds right to the end, when she has to figure out what she’s fighting for and who she wants to be. This book is for history lovers (of course!) but also for those struggling to find their voice in our increasingly-loud world.

Maybe You Should Talk To Someone by Lori Gottlieb (432 pages)