Loveboat, Taipei Takes Ever Wong Far Away From Her Parents’ Expectations

When Ever Wong’s parents discover an acceptance letter from a school not on their approved list, they send her to a strict educational program in Taiwan for the summer. But when Ever arrives, she finds something she wasn’t anticipating—a laidback program nicknamed Loveboat where hookups abound and nightlife is non-stop. After meeting Sophie Ha, her generous and boy-crazy roommate, Ever makes a list of rules to break, all of which would make her parents cringe and yank her back home to suburban Ohio. As the program accelerates, Ever meets Rick Woo, a Yale-bound child prodigy with a girlfriend back home, and Xavier Yeh, a cute rebel who Sophie sets her sights on. As their lives collide in class and at the clubs, Ever’s summer quickly becomes one she’ll never forget. 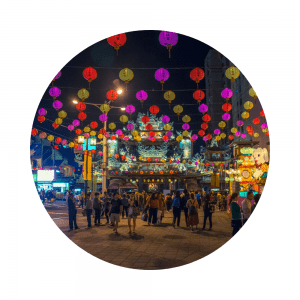 The Characters Are More Than Their First Impressions

Ever’s known for as long as she can remember that she’s going to be a doctor. But she’s also been dancing since she was four, and loves the way it makes her feel. It was always the plan to give up dancing when she starts college, but even though she’s Northwestern-bound in a few months, she’s not ready to give up dancing yet. So when she reaches Taipei and realizes that she’s thousands of miles away from her parents and their rules—she jumps at the chance to break every single one of them, while also dancing the summer away. Ever misses class, sneaks out to clubs and downs drinks with her friends. But as she ignores her parents and their expectations, she realizes she’s not meeting her own. When she starts working toward what she loves, the story shifts from good to great and becomes unputdownable.

While the story is strong, the characters rocket it into the stratosphere of amazing. Ever, Sophie, Rick, and Xavier are all multi-faceted characters that shine like diamonds. My first impression of each of them proves to be wrong, or right but in a superficial way. As their personalities and secrets are revealed, it’s like an onion flaking off layers until their true self is presented—flawed but wholly and intensely human. Every character transforms from who they are at the beginning to someone else at the end. Of course, they’re still unmistakably themselves, but they are more themselves and in the best possible way.

Recently I’ve read (and reviewed) many YA books that are about the main character finding themselves throughout the year or summer before college, and while this book fits that description, it stands out as well. Loveboat, Taipei addresses expectations, identity, and passion. The characters are fresh and authentic and the story kept me guessing all the way to the end. I recommend this book for those with complicated expectations, who enjoy deeply human and layered characters, and for YA lovers, because Loveboat, Taipei is a 2020 must-read for sure!

5 Picks for The Most Romantic Books of All Time