“The Daughter’s Tale” Is An Unforgettable Family Saga

While Sister Sledge sang that “We are family”, the age-old question about what makes a family has a harrowing answer, thanks to The Daughter’s Tale. This unforgettable family saga explores a hidden piece of World War II history and the lengths a mother will go to protect her children.

The novel opens with 80-year-old Elsie Duval, who is visited by a woman intent on sharing messages from her past; letters from her mother that were written in German during the war. Although she’s done her best running from a past that has haunted her, 70 years of secrets begin to unravel.

How do Amanda Sternber and her husband, Julius, play into Elsie’s story? We’re transported back to 1939 Berlin and given a glimpse into the reality of the couple’s life. They have two daughters they love fiercely, a family bookshop that supports their family, and dreams of escaping the destruction that is surely on its way. The eventual burning of their bookshop is, of course, a foreshadowing of what’s to come, with Amanda declaring, “If they really want to see us disappear, they will have to burn all of us.”

After this incident, and with Julius sent to a concentration camp, desperate Amanda flees to the south of France, where the widow of an old friend of her husband’s has agreed to take her in. Along the way, a refugee ship headed for Cuba offers another chance at escape and there, at the dock, Amanda is forced to make an impossible choice that will haunt her for the rest of her life. 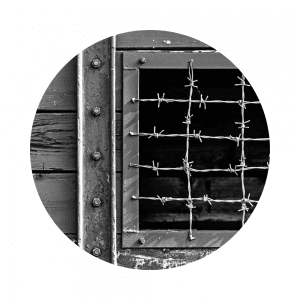 A True Story Set During WWII

The fact that this novel was based on true events made it even more heartbreaking. As Correa shares, Judith was only 14 months old when her family took her aboard the refugee ship St. Louis. After being turned away from Cuba, the US, and Canada like so many others, they arrived in France, where a Catholic family sheltered them until one night, German guards forced her out of the home with her parents and into a provisional internment camp. Their final destination: Auschwitz.

He writes, “I’ll never forget my visit with Judith in her small, dark apartment… She whispered her story to me, struggling again her failing health. As I sat there with Judith, transfixed by her words, I felt something blooming inside of me. That afternoon, The Daughter’s Tale was born.”

In addition to the novel being based on a true story, what struck me most were the powerful women who were the heartbeat of this story. Yes, there was the mention of supporting male characters (Julius, the German soldier who keeps his promise to a dying man, and Father Henri), but the focus was on the females who were willing to risk everything for newly formed bonds of family that held the power to save, transform, and provide hope.

Favourite book: To Kill A Mockingbird by Harper Lee

Favourite brunch spot: Anywhere I don’t have to cook.