Grit, Passion, and Authenticity: These Protagonists Are Ones to Look Up To
Home  |  Best Of The Journal   |  Strong Female Leads: 5 YA Must-Reads for International Women’s Day

International Women’s Day, celebrated annually on March 8th, has been around for over a century. IWD gives all countries, groups, and individuals the opportunity to not only celebrate the advances made in women’s rights, but to also acknowledge the work that’s still left to be done. According to Gloria Steinem, IWD is for everyone: “The story of women’s struggle for equality belongs not to a single feminist nor to any one organization but to the collective efforts of all who care about human rights.” Not only have women’s roles changed in society over the past several centuries but so have the types of women we see in literature.

The YA genre is chock full of strong female characters. Growing up, most of the books I read were about boys and written by men. That, however, is no longer the case. Sometimes the stories are set in the real world, sometimes in a fantasy land, and sometimes include all kinds of drama and distress. What all of these female-led tales have in common is that our protagonists are complex. These women are strong and vulnerable, capable and flawed. Here’s a short list of must-read YA titles if you’re looking for a strong woman to get behind.

And I Darken is dark, gritty, and compelling as a whole, as is its main character Lada Dragwlya. Lada and her brother Radu were pulled from their homeland of Wallachia as children and abandoned by their father; they were then raised in the Ottoman courts. Completely aware of her role as a pawn in a political game, Lada grows up hating the Ottomans and biding her time. With plans of vengeance and a plot to regain her birthright as the leader of Wallachia, Lada must use not only her wits but also her physical strength to overcome those in her way.

Author Kiersten White is no stranger to strong female characters. What I love about Lada is how unapologetic she is. Because she lives in a patriarchy, she must learn to play this game the way that the men do. Lada, however, does not try to separate herself from her feminine identity. Yes, she spends much of her time dressed in men’s clothing and training with male soldiers, but she never tries to hide the fact that she’s a woman. If you’re looking for a political game with an unexpected and complicated relationship conflict, then this is for you. And it’s a trilogy! 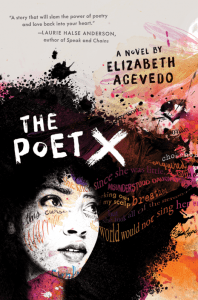 Xiomara Batista needs an outlet. She feels like she can’t be heard above all the noise of her Harlem neighbourhood. With so much to say and so many feelings to work through, Xiomara happens across slam poetry. Suddenly Xiomara has a way to express herself free from the stigma and dogma of her mother’s religion and expectations of her peers. Joining her school’s slam poetry club, Xiomara’s voice becomes a vehicle for her to attack the issues she’s most compelled by and she’s on her way to finally finding her lane.

This novel is written entirely in poem form and is great for those of us that appreciate poetry with a modern feel. Actually, I’d suggest getting the audiobook. I listened to this novel originally and hearing the poems performed by the narrator really elevated my experience with this novel. If you’re looking for a female character struggling to find herself in the shadow of familial and societal expectations, Xiomara’s story is for you. 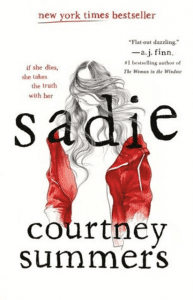 Sadie has spent most of her own childhood trying to care for her younger sister Mattie. Just when Sadie starts to feel like she’s got everything under control, Mattie is found dead. After the local police botch the investigation, Sadie decides to take matters into her own hands. As she begins to follow her own leads, she’s overheard by a radio personality named West McCray who becomes obsessed with her story. Told partially through West’s podcast, we follow Sadie as she tries to find out what happened to her sister before the trail runs dry.

Sadie is hard to read. Not because it isn’t engrossing and harrowing, but because the reader really feels what Sadie feels throughout her journey. Sadie is much too young to be shouldering the responsibility of finding her sister’s murderer, but she doesn’t feel like she has a choice. Carrying immense feelings and a constant lack of safety, Sadie is a strong, determined, and dark protagonist we’re all betting on. 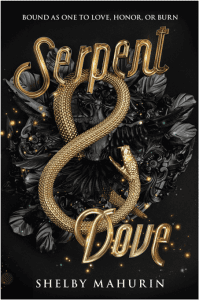 Louise le Blanc lives in secret. Not only is she recently on the run from her mother but she must also hide her magical gifts in a city determined to kill all witches. When Louise makes a mistake and crosses Reid Diggory, a Chasseur tasked with killing witches, she must tread carefully. Louise must now hide her gift from Reid, who she’s been forced to marry, while also trying to ward off recently-arrived enemies. Louise’s journey is full of tough choices and enthralling action.

I’ve written about Serpent & Dove before and probably will again. I was so pleasantly surprised by this novel. It’s a fantasy that follows a familiar story arc but Louise is very different from many of the other YA female leads I’ve come across. Louise is smart, cunning, and knows what she wants. I read a lot of YA and one thing that really impressed me about Serpent & Dove was the way the romantic relationship between Louise and Reid was handled. Louise takes charge and asks for what she wants, something we don’t see often in YA romances. Louise is incredibly complex, making her endlessly relatable.

5. Leah on the Offbeat by Becky Albertalli (352 pages) 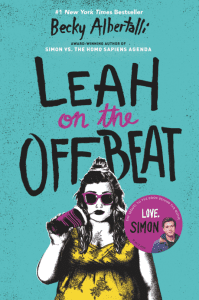 Set in the same town as Simon vs. the Homo Sapiens Agenda, Leah on the Offbeat follows Simon’s best friend Leah. Leah is the drummer of her girl band and has a sophisticated sense of humour. While Leah is confident behind her drum set, she’s struggling with a lack of resources and a secret that’s eating her alive. Her single mom knows that Leah is bisexual, but she hasn’t told anyone else. She’s always had her friend group to lean on, but with complicated relationships, promposals, and college acceptance letters flying in all directions, Leah is starting to feel really unsure about what the future might hold.

Leah is incredibly refreshing, not only as a character in a YA novel, but as a person in general. She’s unapologetically hilarious and hardly has a filter. She has genuine thoughts and experiences regarding body image while still maintaining an air of confidence. Watching the relationships change and strengthen among these friends while Leah works through her own insecurities is heartwarming. Pick this one up if you’re looking for a genuine girl that will probably remind you of a childhood friend (or yourself!). Also, you definitely don’t need to have read Simon to be able to follow this!

As I mentioned, most of the books I was reading growing up were about boys and written by men. Even now as an ELA teacher, I have a hard time finding texts in our curriculum that are either about or by women. And I typically find that my female students are the stronger and more enthusiastic readers. This is why I love the YA genre so much. Even though most of our texts are more masculine in topic, I have countless YA titles in my classroom library to offer readers. I’m not saying that readers shouldn’t read texts about characters who are different from them, but I find that sometimes it’s easier to coax a reluctant reader with a book that’s more relatable. Once you’ve made your way through this list, keep looking. You’ll never run out of captivating and motivating stories about strong girls and women in YA.

Love this round-up, check out our other round-ups posted on The Journal here.

National Day of Unplugging: 5 Ways to Become More Mindful Of The Time You Spend Online

Why We Need to Normalize IVF: 1 in 3 Women Are Going Through Fertility Treatments