The Star Side of Bird Hill by Naomi Jackson (304 pages)

An Emotional Story of Family Life, Love, Trauma and Coming-of-Age
Home  |  Blog   |  The Star Side of Bird Hill by Naomi Jackson (304 pages)

The Star Side of Bird Hill by Naomi Jackson (304 pages)

The Star Side of Bird Hill begins as Avril battles depression and struggles to care for her daughters, Dionne and Phaedra, she makes the decision to send them to stay with her mother in Barbados for the summer. At the same time, she tries to take back control of her life, and we visualise her struggles through the eyes of her children and witness the profound effect it has on their lives. Dionne and Phaedra travel from their home in Brooklyn, New York, to Bird Hill, Barbados, the home of their Grandmother Hyacinth and birthplace of their mother.

Dionne is “16 going on a bitter if beautiful, forty-five” and dislikes most things about Barbados. She spends half her time searching for love and the other half wishing to be back in Brooklyn, while at the same time managing to push her grandmother’s patience to the limit. Phaedra, at just 10 years old, is more eager to explore Bird Hill, its history, and the home of her maternal family. Still struggling to come to terms with significant changes in their lives, the girls’ father arrives in Barbados planning to take the girls back to Miami. A pivotal event drives further change resulting in Dionne and Phaedra losing all connection with Brooklyn, and they must learn to adapt to their new life. 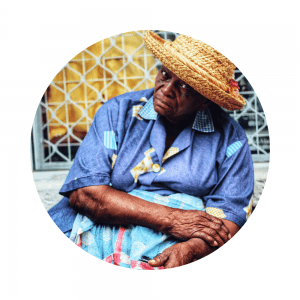 A True to Life Representation of Living an Island Life, the Pros and the Cons

From my experience of living in Barbados, the portrayal of island life, the people, and traditions were accurate. I admit to initially finding it difficult to form an attachment to the characters during the first third of the book and I struggled to totally immerse myself in the story. I re-read a few chapters to get into the flow of the story, and as I did this, I began to read with ease. The story became easier to absorb, and the characters grew on me, especially Phaedra, who at such a young age had much to learn and was open to everything presented to her.

The children had been through so much turmoil in their short lives. Having been taken from the only place they knew and thrown into a totally new culture, Hyacinth was always there for them through thick and thin. I felt that she learned from her mistakes with her daughter and relished the opportunity to do things differently and positively affect the lives of her grandchildren. By the end of the book, the girls were only beginning on their journey. While I felt there were still a lot of challenges to come, I believed that Hyacinth would be there to support and advise them every step of the way.

When I eventually engaged with the book, I began to love the characters, and the story started to flow. If you don’t get into it in the first 100 pages, I would suggest taking a step back and coming at it again or re-reading a couple of chapters.

Looking for more books written by Caribbean authors? Check out Jacqui’s other book reviews on The Journal.

A Social Isolation Reading List: 33 Books That Will Inspire & Uplift You

The Way You Make Me Feel by Maurene Goo (336 pages)