Travel the World With Books

Travel the World With Books

Travel the World with These Books

With many countries on lockdown, numerous people are wondering when they will experience their next holiday or travel adventure. We don’t have the answer to that question, but until such a time, you can do the next best thing and travel and complete a virtual world tour through our book suggestions. Take a quick hop over to New York City before skipping over the Atlantic to London. From there, take the Eurostar to Paris, followed by a train journey to Munich before settling into a long-haul flight to Tokyo — all with minimal hassle and expense, and no jetlag!

41 years old, 5ft 5″ tall, with an eating disorder and soon to be ex-wife, Toby Fleishman navigates his way through life and divorce from his neglectful wife, Rachel. While adjusting to his newly acquired status of a sex god, Toby finds himself juggling the children and his career when Rachel suddenly disappears. Continuous analysis of gender differences, attitudes, and expectations of women run through the book, with stereotypes surfacing with every new twist. Will you be sympathetic to Toby’s tale of woe, or will you be curious to know more about his ‘ambitious’ and ‘neglectful’ wife?

It is 2008, Lehman Brothers has collapsed, the world is on the verge of an unprecedented global financial crash, and the residents of Pepys Road, London, England, begin receiving anonymous postcards stating,“’We want what you have.” Capital is a broad social novel set at the height of the financial crisis, with Lanchester offering a fascinating insight into the lives, dramas, and social positioning of the residents of Pepys Road, both leading up to and during the crash. Money is the overt thread running through the novel. Still, this is also a novel of love and suspicion. We are expertly led through a world of colour and diversity as we are introduced to each fascinating character. Who is sending the messages? What do the residents of Pepys Road have that others want so badly? 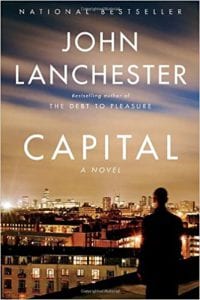 “If you are lucky enough to have lived in Paris as a young man, then wherever you go for the rest of your life, it stays with you, for Paris is a moveable feast.” —Ernest Hemingway

Paris is the setting for Hemingway’s memoir, a portrayal of his early life as an unknown writer in the 1920s. Hemingway’s description of writing in cafes, broke but happy, is an enchanting and romantic read. Sharing personal and affectionate memories of his younger self and peers — amongst them Scott and Zelda Fitzgerald, James Joyce and Ezra Pound — we are invited in to explore his world. In addition to the events depicted, also cataloged are the places, bars, and cafes that he frequented, allowing you to retrace his steps on your next visit. Published posthumously in 1964, A Moveable Feast remains one of Ernest Hemingway’s most beloved works. 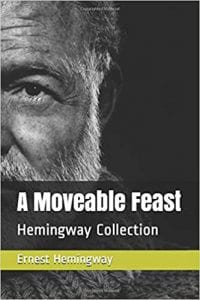 Set in Nazi Germany, this beautifully crafted book offers a different perspective of World War II. The story is told through the eyes of nine-year-old Liesel, sent by her mother to live with foster parents in Molching (on the outskirts of Munich) during the war. After putting Leisel and her younger brother onto the train, their mother disappears from her life. Sadly her younger brother dies en route, and Leisel becomes, to all intent and purposes, an orphan. She steals her first book, The Gravedigger’s Handbook, after finding it lying in the snow by her brother’s grave, and so begins her attachment to books and stories. Liesel develops a warm and trusting relationship with her foster father, who teaches her to read and write. She also forms an innocent friendship with Rudy, the young boy who lives next door. When the family hides Max, the Jewish son of an old friend, in their basement, a world of drama and fear opens up, with the reality of war and repression laid bare for all to see. 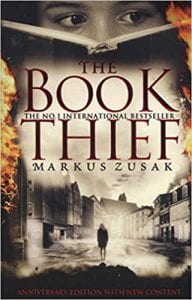 Abandoned at birth in adjacent train station lockers, two young and troubled boys, Kiku and Hashi, begin their life in an orphanage before being fostered together. After bonding and conspiring, the two set out on a joint quest to find and destroy the women who first rejected them. Coin Locker Babies is a somewhat surreal coming of age tale, where both boys are drawn into life on the fringe of society within the freakish Toxitown, a fictional area of Tokyo scattered with immorality and misfits. One becomes a bisexual rock singer and the other a pole vaulter with a model girlfriend with a love of crocodiles, and then things get kind of weird. Murakami exposes us to a melting pot of characters and relationships as he fiercely stamps his unique mark on the world of creativity, surrealism, and postmodernism. 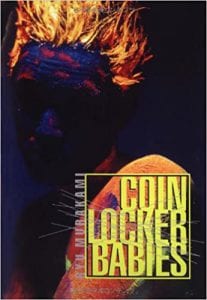 Hop aboard, travel the world, and pick up one of these books to read on your journey. Or, head over to the Brookstore to see what we have featured now.