Before Chloe Crosses the Finish, Shara Vanishes in I Kissed Shara Wheeler

Chloe Green is really close to making valedictorian; she’s all but tied with Willowgrove Academy’s darling Shara Wheeler. And this is quite the accomplishment considering her moms uprooted the family from Southern California to Alabama only four years ago.  Ever since, Chloe has had to navigate some ultra-conservative waters. Her rivalry with Shara, though, drove her to shine academically. But shockingly, at senior prom, Shara kisses Chloe and then disappears. Shara leaves behind a series of clues for three people: Chloe, Rory (the boy next door), and Smith (Chloe’s quarterback boyfriend), the only three people Shara has ever kissed.

Once they all discover their unlikely connection, the three start trying to draw together the clues Shara left behind. But in order to try to solve the puzzle, Chloe, Rory, and Smith find themselves in situations they aren’t accustomed to. They’re sneaking into parties without invites, lying to their parents, and breaking and entering, all in an attempt to find the next pristine pink envelope left behind in this somewhat twisted game. And through it all, these three unlikely companions discover that there’s more to Shara than each of them realized. 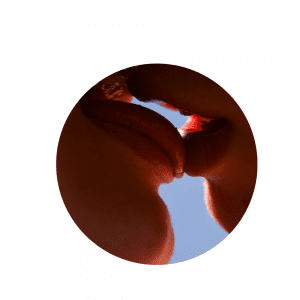 An Unlikely Trio With Quick Wit

Now that the school year is finally over for me, I was looking for something mysterious and fun and I Kissed Shara Wheeler definitely delivered. This story starts off really quickly; we’re pulled right into the action and the mystery is underway soon after. But while the pace is fairly quick in the beginning, McQuiston doesn’t skimp character development. When we meet each character, it feels in medias res, like they’ve each been living their own independent lives until we come across them. This isn’t something that all authors get right, but McQuiston is practised at it. Most of the focus is on Chloe who is endearing and determined, but we also get to know Rory and Smith fairly well through their interaction with Chloe. And while Shara’s elusiveness drives the plot, there’s more to her than meets the eye.

McQuiston expertly weaves several queer characters into the story, each with their own motivations and development. Given the conservative nature of the town, these characters face differing levels of homophobia and discrimination, which are portrayed authentically and with care. But McQuiston doesn’t only focus on the hate and trauma as some authors do; she also focuses on the healing and joy, and the special role that friendship plays in those processes. But, ultimately, the relationship between Chloe and Shara is missing something for me. They seem a bit more obsessed with each other than in love; their competitiveness, while relatable, seems like it would translate poorly to genuine affection. But otherwise, this story was hard to put down and I thoroughly enjoyed each turn the mystery took. If you’re looking for a quick, intriguing read, I Kissed Shara Wheeler will not disappoint.

Take a Trip Around the World of Chocolate!!

Cookbook Reviews From Around the World