As senior year begins, Bel feels paralyzed. Just thinking about college sends her into a panic attack. With no extracurriculars to write about and little motivation to fill out applications, she’s in a bind. But then, Bel does something she initially regrets: She accidentally displays her talent for engineering while completing a class project and somehow winds up in the robotics club. When she first arrives, all the boys ignore her, as does the only other girl. Bel feels wholly alone and seriously questions why she’s even there.

Eventually,  the club’s captain, Teo, sees Bel as a real asset to the team and starts paying attention to her. However, that attention isn’t precisely what Bel was hoping for, as the two butt heads constantly and can only find critical things to say about each another. As time goes on, and as Bel and Teo spend more time bent over the same robots together, they find they have much more in common than just their engineering prowess – and a budding romance begins to spark. 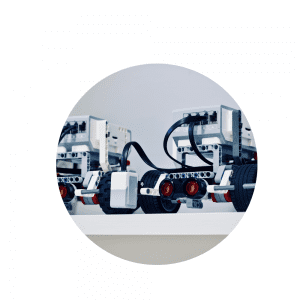 An Candid Look at Misogyny in STEM

Follmuth’s depiction of how women are treated in male-dominated fields is accurate. Women don’t always face grand gestures of discrimination or misogyny; the actions are typically smaller and more chronic, making the environment completely untenable. We see Bel struggle with these microaggressions until Teo finally begins to see her talents. The robotics aspects of the novel are also handled deftly. Even with little or no knowledge of the field, readers can still follow the scientific conversations among the characters. Follmuth’s characterization is natural, and she incorporates aspects of family life and diversity in a way that feels natural and impactful to the story.

To be completely honest, I was initially drawn to My Mechanical Romance because of its title. My first concert was a My Chemical Romance show in 2004, so the reference certainly was not lost on me. But once I got into the story, I was so happy to be there. Bel is a character I enjoyed spending time with, and she felt like a complete person. Her budding interest in robotics–a typically male-dominated field–reminded me of my own interest in fandoms that were “just for boys” when I was a kid, so I was able to see a bit of myself in her. Follmuth’s writing style is simple, but not in a negative way. Because of it, you can focus more on the story than on how it’s being presented to you. That’s something I found particularly important around the science of the novel. And at under 300 pages, it’s a quick and light-hearted read.

Looking for more great reviews like My Mechanical Romance? Check out more reviews on The Journal here!

Cookbook Reviews From Around the World

Five Fantastic Brunch Spots From Around the World